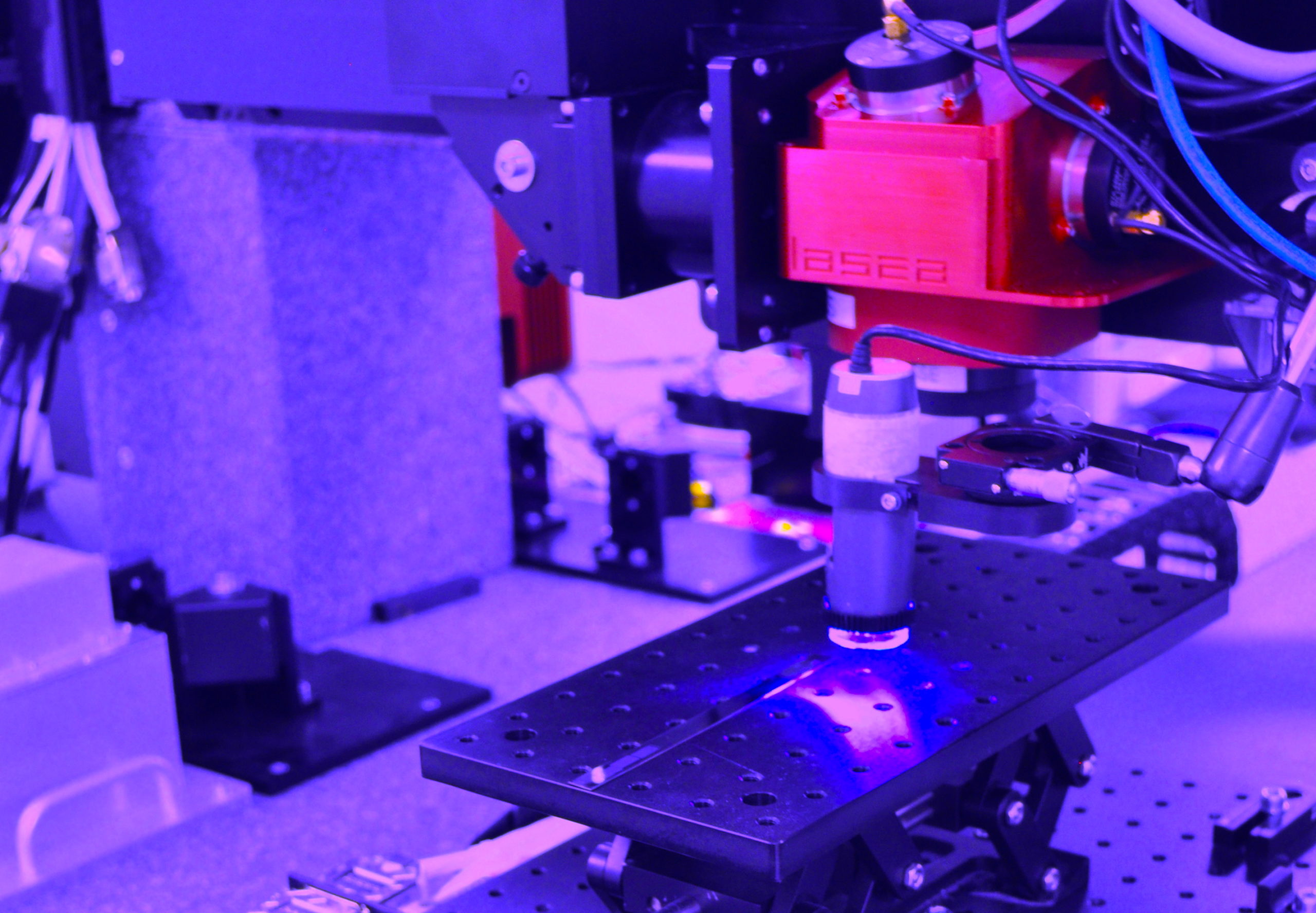 How Laser4Surf tackled the pandemic to produce a laser texturing prototype that will launch a battery manufacturing industry in Europe and boost the performance of linear encoders and medical implants.

When Laser4Surf launched in October 2017, nobody could have predicted that it would have ended during a global pandemic. In early 2020, as the first wave of SARS-CoV-2 gathered momentum and nations around the world were beginning to shut down, the Horizon 2020 project was drawing to a close.

As Ainara Rodriguez, high-precision laser processing researcher at Ceit, a research institute in San Sebastian, Spain, highlights: “We only had six months left of the project, and a few of the partners were finishing experiments. This obviously couldn’t happen, so we asked for a short extension.”

“During this time, we finished integrating all of the components into the prototype,” she adds. “For all of the applications, a lot of the work had been completed in advance so in the end we were just delayed a little.”

From the outset, Laser4Surf aimed to develop a laser texturing prototype for the mass production of functionalised metallic surfaces. In the last three-and-a-half years, project partners have been developing and integrating a range of technologies to generate laser-induced periodic surface structures (LIPSS) onto the surfaces of three very different components: linear encoders, medical implants and battery electrodes.

The end result is an all-in-one instrument, comprising a laser texturing device, in-line monitoring system and simulation tools, that swiftly patterns surfaces with these unique nanostructures in a single-step process. And slight delay or not, Rodriguez and her Laser4Surf colleagues are thrilled with their results.

“This has been a very, very successful project, and we’re happy with the results across all three of our applications,” says Rodriguez. According to the Ceit researcher, one project partner, Spain-based Fagor Automation, has been using the prototype to repeatedly generate LIPSS features onto linear encoders, with excellent results.

“Fagor expected to increase the performance of their encoders by up to 30% but instead they’ve obtained more than an 80% increase here,” she says. “During patterning, they’ve also found a new, easier way to detect the electrical signals [that determine the grating resolution] and this could give them an advantage over their competitors.”

David Bruneel, Process and Modeling Unit Manager at Belgium-based LASEA, is equally enthusiastic. “We’ve had very good results for all three applications and are now very keen to disseminate the results,” he says. LASEA was instrumental in the engineering development of the laser texturing prototype, and according to Bruneel, his company learned a lot throughout the project. As part of the project, he and colleagues had to transfer the LIPSS process from the research set-up at Ceit in Spain to their system in Belgium. “In the world of lasers this isn’t straightforward at all as one laser is never the same as another laser,” says Bruneel. “For example, differences in beam size and position, and other parameters, need to be characterised and we also had to integrate additional optics for beam shaping… but we are pleased with our results.”

Rodriguez concurs, and highlights how this work will benefit future developments. “Replicating our Ceit processes in a different machine with different people was tricky,” says the researcher. “But LASEA developed the software and used machine learning for this and have done an excellent job.”

“These tools will also be very helpful for others in the industry,” she adds.

Learning from the past

Without a doubt, Laser4Surf couldn’t have met with success if it hadn’t followed in the footsteps of several innovative and inspirational EU-funded projects. One such example is PoLaRoll, which developed a fast and environmentally friendly roll-to-roll process for laser structuring metal foils in large quantities.

“As part of this, we integrated a new [two-polygon head] laser scanner with our software for the first time, which has been quite a result for Lasea as now we can respond to any commercial requests for this very quickly,” says Bruneel. “In terms of exploiting the research and development, this was a great result.” Bruneel admits that PoLaRoll was an extremely challenging project, with all partners almost working up to ‘the very last hour’. But emphasising the importance of communication between partners he says: “Thanks to PoLaRoll, we know what works, what doesn’t work and what it takes to develop such a system.”

“Laser4Surf is a different project, and no two projects are ever the same but what you learn from every project is resilience,” he adds. “You must accept that there will always be delays and that your work depends on the results from partnering organisations – you always have to keep looking further and further in the future, and work with long-term goals.”

Ceit was not involved with PoLaRolll, but Rodriguez believes the project provided insight into patterning batteries and linear encoders. At the same time, she points to two further Spanish projects that Laser4Surf partners played a part in and proved inspirational. Firstly, LASERHUESO used lasers to functionalise the surfaces of implants to improve cell adhesion and growth. And secondly FEMTOGLASS aimed to develop traceable high precision angle metrology.

“Thanks to these two projects we had experience with implants and optical encoders,” she says. “We then had the idea of the battery application, and so asked ourselves, what do we need to do to develop a solution that can fabricate these three applications on a single mass production line? That’s when we brought in partners such as Multitel that could adapt the beam of the laser and IRIS Technology to develop in-line monitoring for all three processes,” she adds.

Both Rodriguez and Bruneel are certain that the past projects and prior knowledge of encoders, implants and batteries were instrumental to Laser4Surf’s success. In addition to the spectacular improvements in encoder performance, the project partners also proved their process could texture implant surfaces to improve cell adhesion, and eventual osteointegration between living bone and the implant.

Meanwhile, the future for LIPSS and batteries is very bright. According to Bruneel, texturing electrodes with these nanostructures increases the battery performance. Project partners, including Spain-based energy research centre, CIC energiGUNE, now intend to patent their developments with a view to commercialising the process for this application.

Rodriguez is also confident that their results open the door to a much-needed new industry. “The battery performances were better than we expected, and I hope this could be the starting point for developing the technology so we can have a European battery manufacturing industry,” she says. “The European Commission has provided a lot of funds for such an industry and this is something that we can really push forward.”