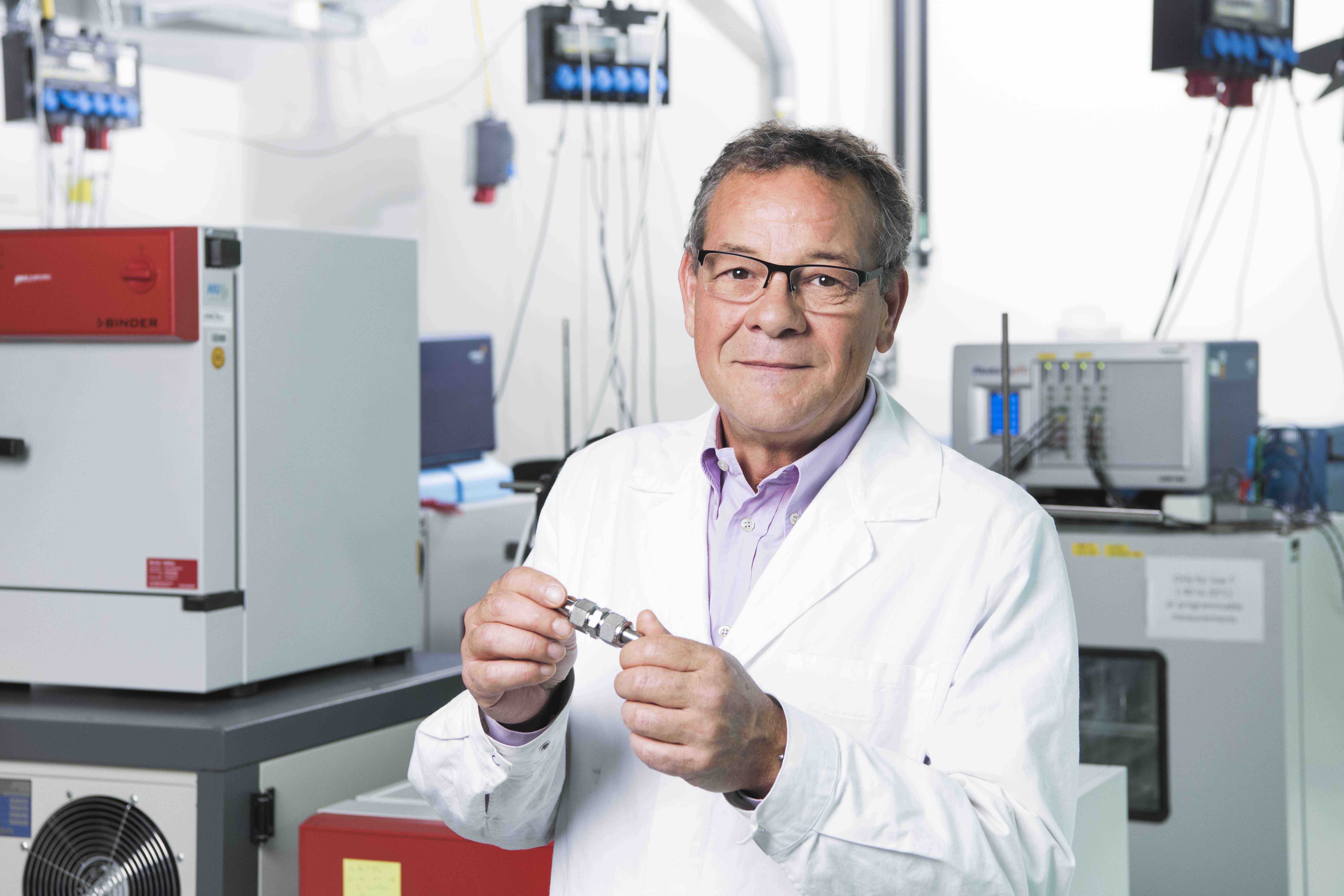 Batteries set mechanisms in motion and have proved vital for any device since their invention almost 200 years ago. The development of lithium-ion batteries, which started about 50 years ago, has just been awarded with the Nobel Prize. However, further development is needed for car and energy technologies, and also for the shared struggle against pollution. Prof. Stefano Passerini, specialist in physical chemistry and electrochemistry, director at the Helmholz Institute in Ulm, Germany, and chief editor of the Journal of Power Sources, has detailed the needs for batteries to meet current and future demands of users.

Do today’s lithium-ion batteries meet the needs of technology and users?

Passerini: If we look at the history of batteries, progress has been slow due to physical limitations (poor storage performance). But the development of the lithium-ion battery is going very fast actually and I expect it will further accelerate until this battery reaches its theoretical limits, in about two to five years. In my opinion, it will still dominate the market in the next ten years at least, but the next technology will be based most likely on lithium metal. When successfully developed, this technology will fit different applications, especially in the automotive market. As regards to stationary storage, the new chemistry will be based on sodium-ion.

What do the current batteries need in order to perform better?

Passerini: There are two different needs: one is related to the energy performance, in terms of energy stored per volume and weight. An improvement could be the replacement of the graphite anode (negative electrode) with a mixture of graphite and silicon or even pure silicon. This will give advantage from the volumetric and, to a lower extent, the gravimetric point of view; because graphite’s volumetric capacity is low. The second improvement is related to the positive electrode (cathode), which presently contains cobalt and there is not much cobalt available. So in the near future, we will have to decrease the cobalt content as much as possible.

Then we need to improve safety: lithium–ion batteries contain flammable materials, the electrolytes, which have organic compounds. These are very volatile and very inflammable. It will take some time to change this, because there is no substitute electrolyte that outperforms the organic carbonate-based electrolytes. The new electrolytes should be less combustible. There is a lot of energy stored in the battery, and if something goes wrong, the electrolyte first and then the other components can catch fire.

I’ve spent almost 15 years working on a replacement for the electrolytes, but we still can’t find a non-flammable solution with the same performance. However, the battery must perform safely. One approach is to go from liquid to solid electrolytes, which are less volatile and don’t catch fire so easily. Another possibility is to use ionic liquids, which are salts that can act like electrolytes. But neither of these works as well as conventional liquid electrolytes.

Is there a big demand for better batteries on the market?

Which of these potential improvements are more urgent?

Passerini: If you ask carmakers, they will answer that fast charging is the most critical point. They would like to sell cars whose batteries need as much time for charging as drivers do to fill their petrol tanks. Such batteries can be produced right now but it would be at the expense of safety, lifetime and performance.

For stationary storage things are little different. One wants to address the cost, safety and lifetime. A grid battery should normally last 20-25 years. This long life has not been demonstrated for the present battery technologies, which are quite expensive. Further cutbacks in costs, more sustainable materials for making the battery and improved safety for a longer life are necessary.

What needs to be done to achieve these goals?

Passerini: In our research group we are looking into chemistry change and working mostly on sodium-ion batteries, rather than lithium ion batteries for stationary storage. It promises to be substantially cheaper. For example, hard carbon can be used for the negative electrode, instead of graphite. A good source for hard carbon is properly treated bio waste from the food industry, such as apple pomace waste from the apple juice industry.

Another advantage of using sodium-ion batteries is that there is no need of cobalt, while still ensuring good energy and power performance. The sodium-ion battery is, in my opinion, more suitable for domestic storage in terms of cost. I think it will replace the lithium-ion battery in the near future.

The lithium-ion battery is now the best-performing technology. Even in terms of cost, it is cheaper than other chemistry, but we can no longer rely only on one battery chemistry.

For which type of battery is there more demand for development? Car batteries, storage for homes, for the grid?

Passerini: If we really want to decarbonize Europe by 2050, we should replace all petrol cars with electric vehicles. It would cut 38% of the total CO2 now released into the atmosphere. Domestic storage is also very important, but my feeling is that a lot of pressure is put on replacing old cars with EVs (electric vehicles).

Concerning sustainability, sodium-ion batteries are more promising than lithium-ion ones. We need to optimise battery production. Right now the focus is on optimising performance in terms of energy and power. We try to use materials that reduce the waste at the end of life, that do not use highly toxic compounds. For example, we are working to improve the way the electrodes are manufactured. Synthetic chemistry compounds are used now, which require toxic solvents. We are trying to use biopolymers, extracted from plants, and water as a solvent and so on. At the end of the battery’s life, all its components could be easily separated and recycled, which is not a current practice. As an example, the lithium from lithium-ion battery recycling is now integrated into concrete, not because it is needed, but because it is the cheapest way to get rid of the waste generated by the present battery recycling process.