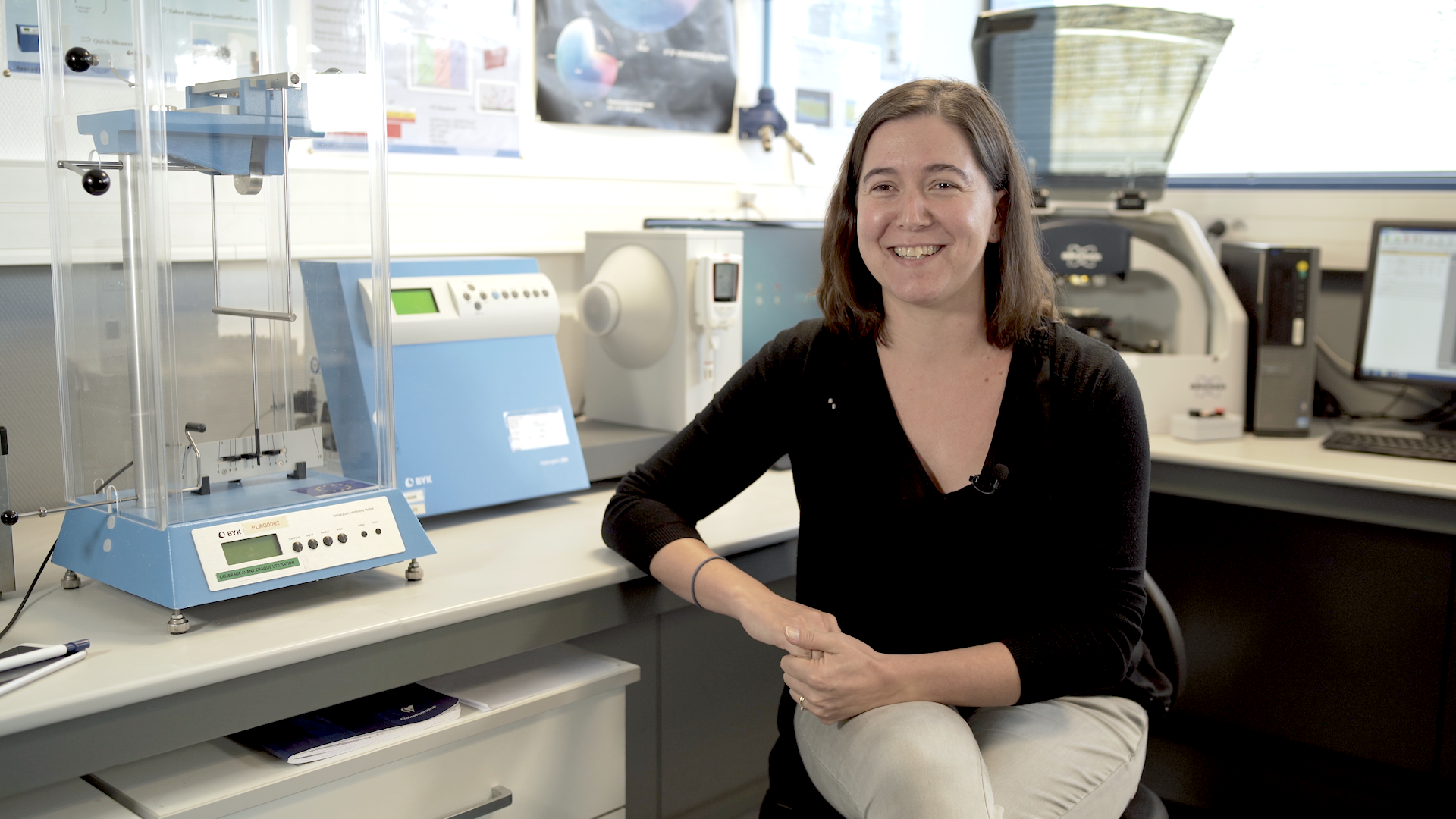 Ainara Rodriguez is a researcher in high-precision laser processing at CEIT, a research institute in San Sebastian in Spain. She talks to ESCI about the environmental advantages of laser structuring, the mystery of vaporising metal and further applications for the Laser4Surf technology.

What is the role of CEIT in the Laser4Surf project?

Rodriguez: CEIT fulfils a double role in the Laser4Surf project. As we coordinate and manage the whole project, we are responsible for getting all the partners to reach their objectives. And we also develop one of the modules to be integrated into the final prototype. Therefore, we have a technical role as well.

What are the key applications Laser4Surf is working on?

Rodriguez: We were targeting three different applications in extremely different fields. One of them is the development of new batteries. We are working to modify the current collectors of batteries in order to enhance their performance. We are also working to modify the surface of biomedical implants by enhancing the adhesion and the proliferation of cells in these types of 3D parts. And we are also improving optical encoders in order for them to be easily integrated into CNC (Computer Numerical Control) machines.

You are using ultra-short pulsed lasers to treat the metal surface. Can you explain what actually happens on the surface of the metal?

Rodriguez: That’s very difficult. The scientific community remains somewhat divided over what exactly happens to the surface of the material. However, it is generally accepted that when you irradiate the surface of a metal with an ultra-short pulse or any other pulse duration laser, you can induce some kind of self-ordering structures on it. This is due to the light interference on the sample and the plasmons either reflecting or being generated at the surface of these materials. It is therefore about a kind of light interference generating periodical structures by itself.

The surface structures you are creating on the metals aren’t always the same. Which structures are necessary for which purposes?

Ainara Rodriguez: Each application requires different functionalities. For implants for example, it is important to induce a certain roughness. Therefore, we need to have both a lateral and a vertical dimension. In such cases, orientation seems irrelevant. In other cases, when generating gratings for example, direction is the most important parameter. This is because the light only diffracts in a direction that is aligned with the grating. Depending on the applications, the properties of these structures have to be different.

Two years have passed since the project began: How is it going? Are there any upcoming results you are excited about?

Rodriguez: We have excellent results in some of the applications. The initial idea of this proposal was to improve the performance of the three different components by 20%. For one of the applications, we have obtained a 50% increase in performance one year before the project ends. So now we expect to have results surpassing our estimations, at least for this application. Meanwhile we have very promising results for the other two applications. And additionally, we have been able to develop different models to make this technology available for mass production. To me this looks like a very successful project.

In the case of batteries: how can a laser treated surface enhance performance?

Rodriguez: We are mainly targeting the current collectors, the initial part of the battery. By laser texturing this surface – which is usually a copper or aluminium foil – we can increase the adhesion of the materials that are deposited on it and improve their resistance. We can also remove unsustainable materials, such as the carbon coating usually used to improve these items.

How would you describe the environmental impact of Laser4Surf?

Rodriguez: The project’s main impact in this respect will be related to the laser fabrication itself because it is a green technology. It doesn’t require any chemicals. Products just need to be irradiated with light. There is no other material interacting with the surface. This can be very beneficial for all the parts that are fabricated using chemical methods. Usually the surface roughening techniques are usually based on either abrasives or chemical treatments, which may introduce undesirable components and lead to contamination. Therefore, if we can replace the chemicals with laser ablation or laser structuring, this will remove a lot of chemicals from the industry. For batteries, this means that if we can texture the surface of the current collector instead of using the carbon coated collectors, we could avoid using chemicals and we could use water-based slurries that do not require a chemical solvent for processing.

Does the Laser4Surf technology have other applications?

Rodriguez: This technique has many applications. We selected just three of them for this project because we cannot cover such a wide range in a three-year project. An interesting application is, for example, processing polymeric, not metallic parts. One of the drawbacks with laser processing is that usually when generating structures in polymers, the behaviour is not the same as in metals; you cannot define good quality structures in the polymeric material with a laser. However, polymers can be successfully patterned using an indirect process by injection moulding. That involves using a nanostructured metallic mould instead of processing LIPSS on the polymeric parts.

So you just need to process one mould in order to generate thousands or hundreds of thousands of copies of the same piece in a polymeric material. This is a very cost-efficient way of processing.

Where could these polymers be used?

Rodriguez: You could use these nanostructures to make a surface repellent to liquids. Or you could use them for decorative purposes as the processed parts shine in different directions or show different colours.

There are many parts that are fabricated using this injection moulding technique: like the caps of water bottles or in the small dental braces, for example.

Now you have one more year to go in this project. What do you expect in the follow-up? Where will the new challenges lie?

Rodriguez: During this final year, we will be looking for further applications for this technique so that diverse manufacturers may improve their products. We will also work on validation of our three applications, of course. Preliminary results have emerged but the technique needs to undergo much testing after the project ends. The biomedical implants have a lot of regulatory aspects that have to be covered and many things have to be optimised. From the prototype point of view, there is a lot of work too. We do have a functional prototype, but it looks like a prototype. We need to make it more visually attractive.